Book Review Friday -- How to Survive a Garden Gnome Attack 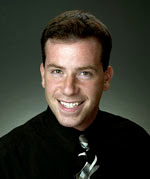 I have never owned a garden gnome, and reading this book made me count myself lucky. Who knew the danger behind those rosy cheeks and Santa Claus beards? Sambuchino’s premise is that these gnomes are fiendish little statues who actually live and breathe and are out to get you once you’ve let them into your garden.

But, if you are one of the luckless who trusted the cuteness of these statues, don’t despair. Sambuchino’s thorough survival guide is divided into four sections and covers every aspect of handling the threat: risk assessment; gnome-proofing your home and garden; defense tips for actual confrontation; advice for dispensing with dead gnomes....

Sambuchino’s sly humor had me laughing out loud a few times; more often, I was quietly snickering. His weird solutions are worthy of movie scenes: Picture a desperate homeowner digging his own moat or mixing his own quicksand or planting underground sensors to spot gnomes’ tunneling activity. Picture this same homeowner practicing the art of rising from bed in attack mode, or putting kitchen utensils in padlocked drawers, or going to Antarctica to dispose of a gnome who may or may not be dead.

Included in the book are testimonials of those who have survived an attack, as well as quotes and advice from gnome defense experts. The “gnomenclature” insets tracing an ominous history behind various expressions (such as “a baker’s dozen”, “Murphy’s Law”, etc.), are almost believable. Andrew Parson’s photographs somehow capture expressions of inherent gnomish evilness, adding an air of gravity and plausibility to the wildness of Sambuchino’s premise.

How to Survive a Garden Gnome Attack is a “one of a kind”, good summer read -- one you might consider giving to a friend; especially if they have made the mistake of populating their yard with these dangerous figures.

Chuck Sambuchino is an editor for Writer’s Digest Books. He is the editor of Guide to Literary Agents as well as Children’s Writer’s & Illustrator’s Market. You can visit his website to learn more: http://www.chucksambuchino.com/?page_id=2 . His book can be purchased at Amazon.

Posted by Elizabeth Varadan, Author at 11:16 AM

Great review! I met Chuck at a conference and he's a nice guy.

I love gnomes! I will have to check this one out since there are six of them on the shelf in my office...uh oh!

This is great. I knew nothing about this book, but can think of a few people for whom it would be the perfect book. Thanks for a great review.

Great review. Looks like I must pick up this book.

I've never been a fan of gnomes. Can well believe the premise of the book!

Back when my mom made ceramics, she used to love to make gnomes. When I married, she gave me three for our yard. I ran over one gnome, Rascal, with the riding lawnmower, and the other two disappeared after a move. Kind of makes me wonder, after reading your review; now I must read the book, especially since Chuck is one of my favorite people. :)

Sounds like the perfect book to kick back with in the sun. When it shows itself! Can't wait.

Michelle and Alexia, yes, Chuck does sound like such a nice person. I've never met him, but I get his Guide to Literary Agents as a newsletter, and I think it's such a boon to writers.

Rachna, Rosi, and Tanya, it's a quick read. I think if it went on too long, it would lose the momentum, but it's just the right length to keep you chuckling. It's just such a bizarre idea, but he goes into such vivid detail, that you can see some of these weird scenarios unfolding.

Jayne, if you read it, you will be even less a fan of gnomes!

OMGosh, I cracked up just reading the title of your post.

Sounds like a great book, thanks for the review!

Oh my goodness! I had a gnome when I was little (I don't know why, I just remember saving up for it) and I had no idea I was in mortal danger...

Kimberly, it's a good read, indeed.

Amie, it's not too late to save yourself. Chuck will guide you step by step....

I've seen this on Chuck's blog -- good to get a review! Thank you!

Thanks for a great review. I have to say...the title made me giggle.

Talli, it was fun to review it.

Ann, if the title made you giggle, the book will even more so.

Great review. The title caught my attention. I'm curious enough to check out the book. :)