My Husband's Photography Exhibit in Galicia 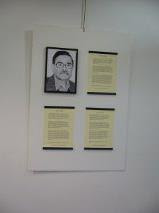 Even though I am working on my rewrite like mad, I am taking time out to share my husband's wonderful photography exhibit in Galicia. Our friends, Terri and David Anderson set it up with the mayor of Ferreira, a small town near our village. The sneak preview was this week-end but it's really for the wine festival which begins June 2nd.


They did an awesome job of setting it up, and I hope you will go take a peek at the album I set up on Facebook on my timeline: here is my FB Timeline site. When you go there, just click on "Photos".(It's the first album. You'll recognize the cover picture.)


Posted by Elizabeth Varadan, Author at 10:28 AM 6 comments:


Sorry I have not been posting. I am working on a rewrite of my book with a deadline of two weeks, so I will not be posting again before the first week of June. Then I can resume both posting and visiting and commenting on your blogs. Please come back then. Thanks! Until then, I will be . . . . 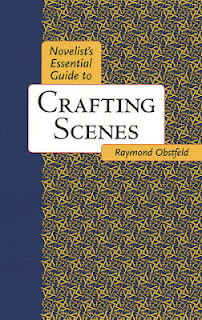 Posted by Elizabeth Varadan, Author at 10:04 AM 3 comments: 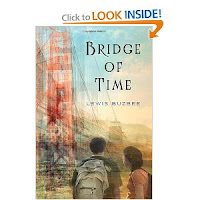 What if you woke from a nap to discover a familiar landmark had simply disappeared? What if you could meet yourself coming and going? What if you landed splat in another time and found yourself running for your life, and more than once? In Lewis Buzbee's latest literary mystery, Bridge of Time, a school field trip leads to a journey into the past with a surprising time traveler for a guide.


On the eve of their class trip to Fort Point, Lee Jones and Joan Lee each each learn their parents are getting a divorce. Needing a place to talk over the bad news, they sneak away from the class and hide in the lighthouse. But bad news can be exhausting, even when shared with a sympathetic best friend. They fall asleep. When they wake up and look out the lighthouse windows, the Golden Gate Bridge has vanished. And that’s not all that’s different. In the fort below, grass has replaced concrete. Soldiers are loading a real canon. Other soldiers have rifles and seem eager to use them.
Immediately Joan and Lee crouch down to try and figure this out. Then they hear footfalls on the lighthouse stairs. The door opens. A young man dressed in black enters. His clothes are as old fashioned as those of the soldiers, and Joan and Lee can tell that, like the soldiers, he’s definitely not part of the field trip. He says his name is Sam Clemens. He says they have come “unstuck” in time, something that regularly happens to him. At present (this new present) it’s 1864.
Thus Joan and Lee are launched into an adventure that takes them forward and backward in time through a San Francisco that keeps shifting. “Sam” is their guide, but even when he rescues them from the soldiers below (who might well shoot them for being spies), he gets them into new scrapes: Trying to get back to the lighthouse, which is a time portal, they have to elude the Kearney Street butchers, who want to take a cleaver to Sam for an article he wrote on behalf of a Chinese man they beat up. (In 1864 the white citizenry of San Francisco are bigoted against “the Chinese menace”.) And a mysterious man in black keeps pursuing them and Sam into both the future and past. (Why does Sam turn pale every time the stranger shows up?)
As in earlier mysteries, Buzbee weaves humor, history, and philosophy into his fast-paced tale. In one scene, Sam—who is actually Mark Twain—wrestles with twenty-first century slang, managing to get “dudes” and “totally awesome” right, but then adding, “I was also freaking the out.” In addition to the frightening aspects of San Francisco’s racism in 1864, there are softer brushstrokes that give the era: When Joan says she’d like to have a bath, Sam says, “Oh you children of the future. What have they done to you? Are you certain? It takes a good while to rustle up a proper bath.” (And so it does in 1864.) At the end of the book, Sam gives them a nice explanation of why the lighthouse at Fort Point is a focus for time travel. (But you’ll have to read the book to find out.) In one vivid scene the three time travelers fall into what Sam calls a “tumble”, shooting back and forth from one time to another so rapidly it could be a light show with strobe lights.
As was true of Buzbee’s two earlier literary mysteries, Bridge of Time is a book to savor and read more than once. (You can read earlier reviews of Steinbeck’s Ghost and The Haunting of Charles Dickens by clicking on the titles.)
Bridge of Time can be purchased at Amazon, Barnes and Noble, and a more complete list of online stores can be found here. 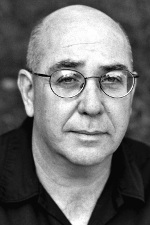 To learn more about Lewis Buzbee and his books, visit his website.
You can also visit him on Facebook.


But tell me, if you could time travel, what literary figure would you like for your guide?

Posted by Elizabeth Varadan, Author at 11:18 AM 25 comments: