Please check out my book review of Goodnight, Mr. Holmes, by Carole Nelson Douglas. It's on my other blog: Victorian Scribbles, and features Irene Adler, the only woman to ever outwit Sherlock Holmes. I posted it there, along with an earlier review, Claude and Camille, a Novel of Monet, by Stephanie Cowell, because both books take place during the Victorian Era/ Belle Époque Era, which is the focus of my Victorian Scribbles blog.

Enjoy both reviews. If you like historical novels, these books are for you!
Posted by Elizabeth Varadan, Author at 2:06 PM 3 comments:

Back to my recent trip to Galicia, Spain:

One evening in particular stands out. It was the 24th of June, the night that the moon was so much closer than usual to earth, a good setting for the music I heard that night, a music that pulled emotions closer to the surface of one's heart -- that haunting genre of singing born in Portugal, Fado.


I sat with friends, David and Terry and Marta at the Rectoral de Castillon, a lovely casa rural near Goian and Ferreira that offers fine meals in its unique restaurant as well as lodgings for travelers. My husband and I have eaten there several times with Terri and David. This night, Rajan was home in California, taking care of our ailing dog. Terri and David picked me up, and Marta joined us, for a dinner celebrating Rectoral de Castillon's tenth year in operation. (More information about Rectoral de Castillon can be found below.) But here is a picture of how the tables are set up inside:

A delicious meal served inside was followed by an evening of song outside.

Space heaters warmed the courtyard where after dinner tables had been set up. The walkway above the stairs to the courtyard had become a stage with lights and amplifiers and a microphone. Two men sat on either side, one with a guitar, the other with a mandolin. Night had fallen (dinners are late in Spain). The stage was bright. The audience was expectant. The fadista, María do Ceo -- a petite woman with doe eyes and a demure smile -- quietly walked to the microphone. She wore a long black gown. A simple black shawl draped over her shoulders. She paused. The audience quieted. She began to sing.

This was the first time I heard fado, although a writer friend of mine has talked enthusiastically about it for years. I had thought it merely the “popular” music of another country, much like the popular music that dominates our top ten and top forty charts in America. Nice. Cool. Etc. But this was so much more: The pathos in the voice, the phrasing, the nuances, the melody line—they all reach out and transport a listener to another time and place.

Fado is about fate, destiny, about how things can go wrong and what one is left with. Fado is a particular genre of Portugese song that dates back in record to the 1800s, but even earlier by word of mouth. Its roots are in cities, most notably Porto, Lisbon, and Coimbra. It became popular originally among the poor and unfortunate, was sung on the streets and in taverns. There are hints of a Moorish influence. (Portugal has always been a crossroads of cultures.) The music is characteristically sad, nostalgic, full of longing, recalling star-crossed dreams, lost loves, bitter-sweet memories. Its deepest roots reach into the human heart. The lyrics have evolved in modern times into a complex structure as well. Today's Fado is as soulful as the blues, as poetic as a sonnet. It's a genre like no other. 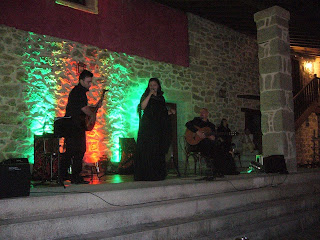 Originally from Porto, Portugal, María do Ceo is very popular in Galicia. (When I mention to my neighbors, Eva and Monolo, that I had heard a wonderful Fado singer, they immediately said, in unison, “¡Maria do Ceo!”) She is also famous throughout Europe and South America. Her voice is particularly expressive, and even though I couldn’t understand a word of Portuguese, I was deeply moved during every song. In the chill air, under a star-glittered sky, her voice told story after story.
Here are two examples of her performances on You Tube:
Lela  and  Negra sombra 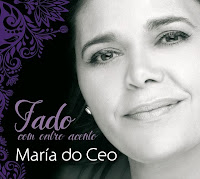 You can also visit her bandpage on Facebook and listen to three more songs to get an idea of the full range of her artistry. The disc shown on this page is the disc I bought and brought home for my husband to hear, and he is now a fan.

Visit, too, Rectoral de Castillon, which hosted this wonderful event:
The hosts are charming, the atmosphere is elegant, the prices are reasonable, and the food is delicious. 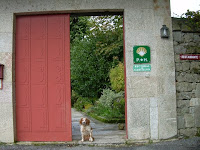 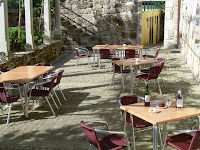 And you can learn more about Fado here and HERE.

What about you? Do you have a favorite musical form that touches you like no other? If you listened to the above songs, did one move you more than the others? If so, which one?