Back to the Cruise - Nova Scotia 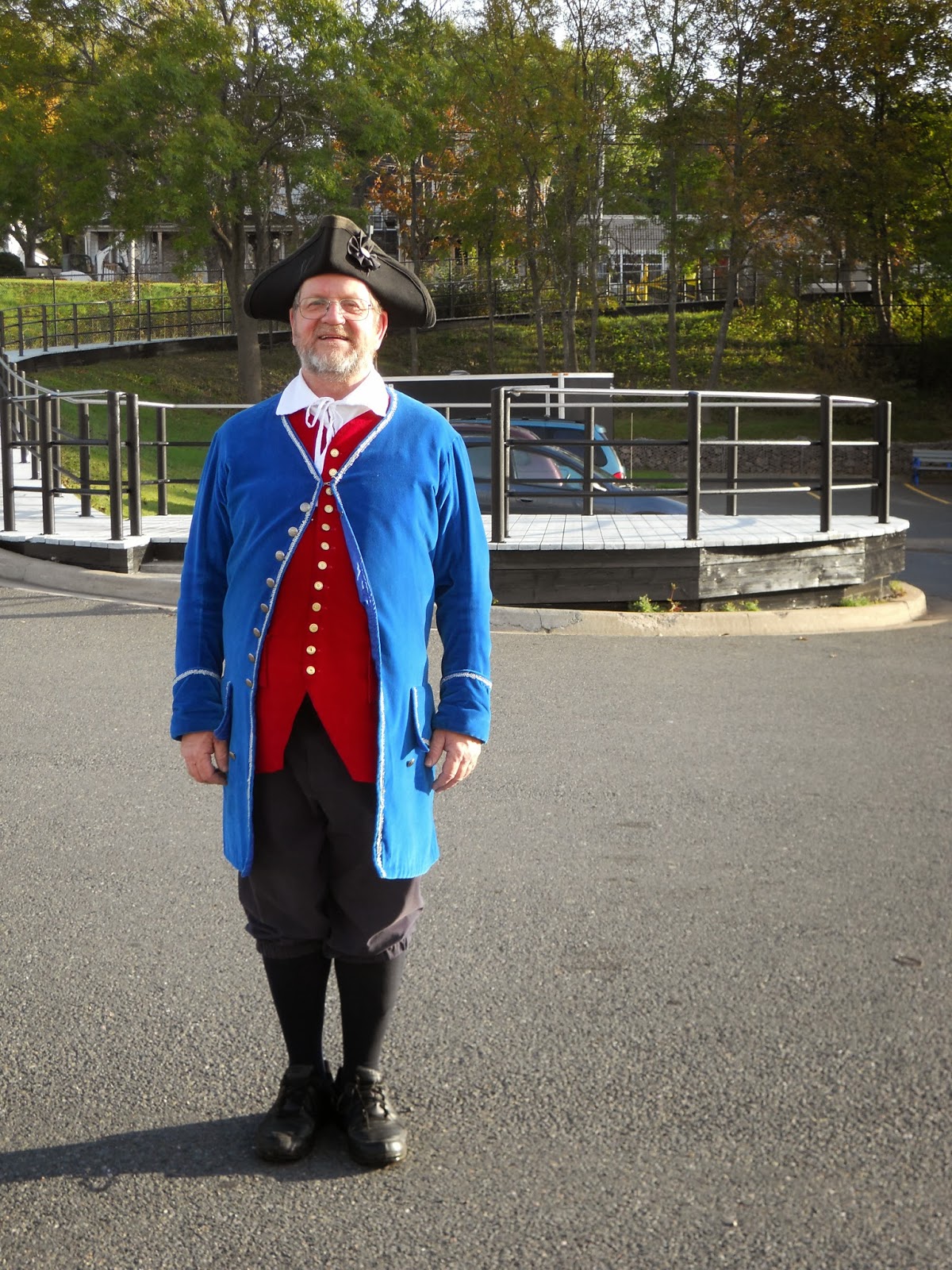 Between the holidays, a writing assignment, and cold viruses, I got way behind in my blogging, which was a shame, because I wasn't finished with that cruise in October! And that cruise hasn't been finished with me. It is still one of the most enjoyable trips to share. And so, here we are again, back on the Cruise.

After Quebec City and Prince Edward Island, our next two stops were in Nova Scotia.  The first was in Sydney, and this was what was awaiting for people, when we disembarked in the cool morning for the various tours. Some were all day, some were half day, some by bus. 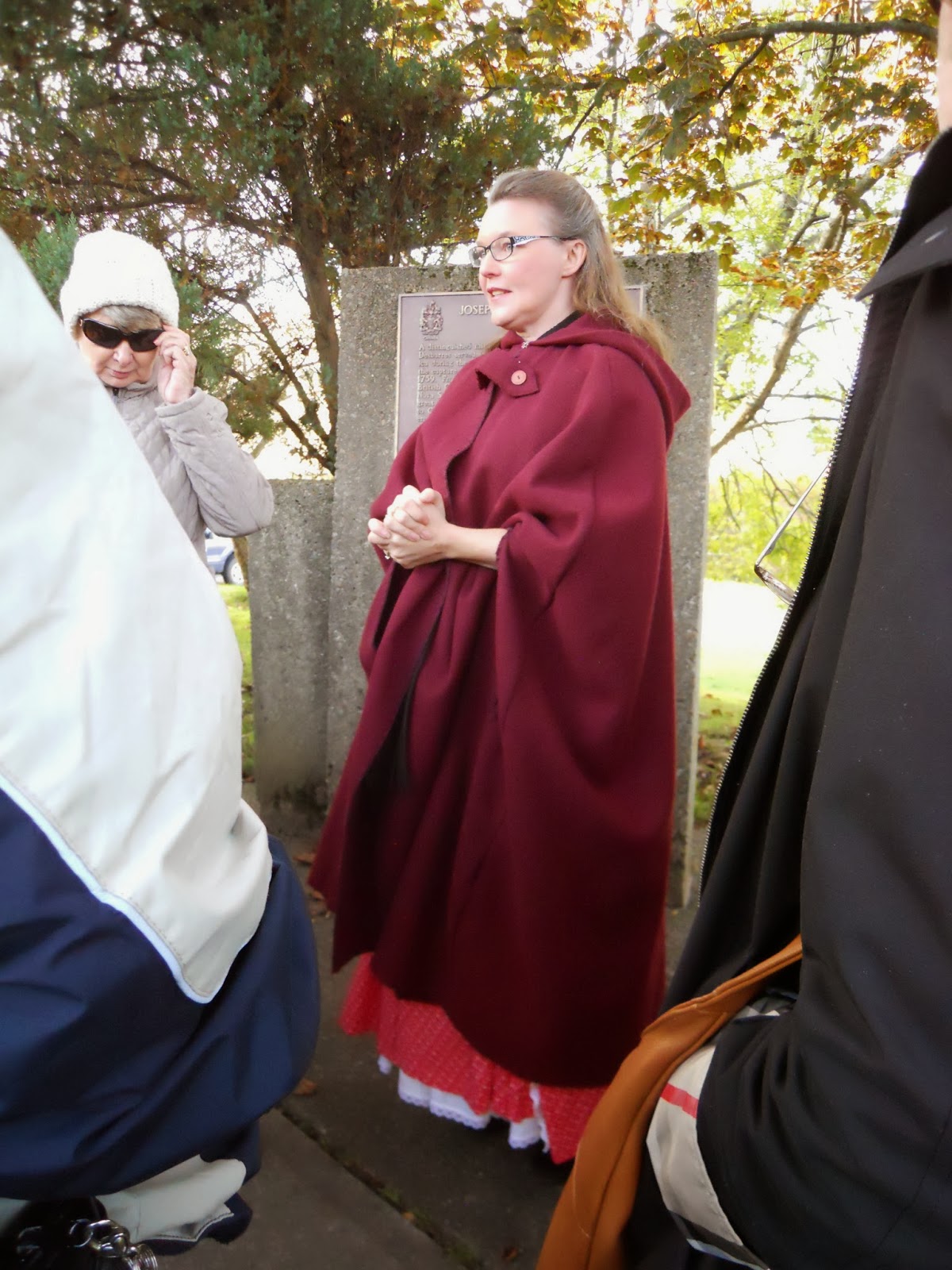 Vicky Kiker and I had chosen the walking tour around Old Sidney, and our tour guide was waiting for us. I am very sorry that once again I didn't get her name. she was very good, and she took us to several old buildings and churches and gave us a little history of the area.

"Nova Scotia" means "New Scotland", and it was renamed such after a number of battles were won and lost and the area had been through several hands. Originally it was part of Acadia, which was a colony of "New France" and included New Brunswick, Prince Edward Island, parts of Quebec and Maine. You can read a little more about it on my other blog, Victorian Scribbles, HERE.

It was fascinating to see these old buildings: Jost Heritage House Museum, one of the oldest residential buildings in the city. St. Patrick's Church, the oldest standing Roman Catholic Church in eastern Nova Scotia. Cossit House Museum, where we learned a lot about life in early settlement days, and St. George's Church and Graveyard. St. George is Sydney's oldest building.  I didn't get a good picture of St. Patrick's Church, but here are some pictures of the other buildings:


We entered two homes, The Heritage House and the Cossit House Museum. To tell you the truth, when I look at these pictures, I'm not sure which photos were from which house, but you can see the consistency in how the women dressed. The one on the left told some very witty stories about life way back then. But I enjoyed both tours, and I loved the furniture in those old buildings.

And these model ships were in one of those museums.

The tour guide explained her dress: It was a French style for that period. Many maids who came over to the colony were French, and that was the clothing they knew how to sew.

There was still quite a treat to come after we got back to the ship. Our wonderful leader had arranged for everyone to walk over to the Governor's Pub for a delicious lunch. Now, I had every intention of getting pictures of the building, the staff, etc ., like I did the day before when we had the lobster lunch in Prince Edward Island. But all of that was whisked out of my mind by the suprise treat of a lifetime.

The Barra MacNeils, a famous Cape Breton family group of musicians who sing, play, and dance Celtic music, performed at the Governor's Pub that day. 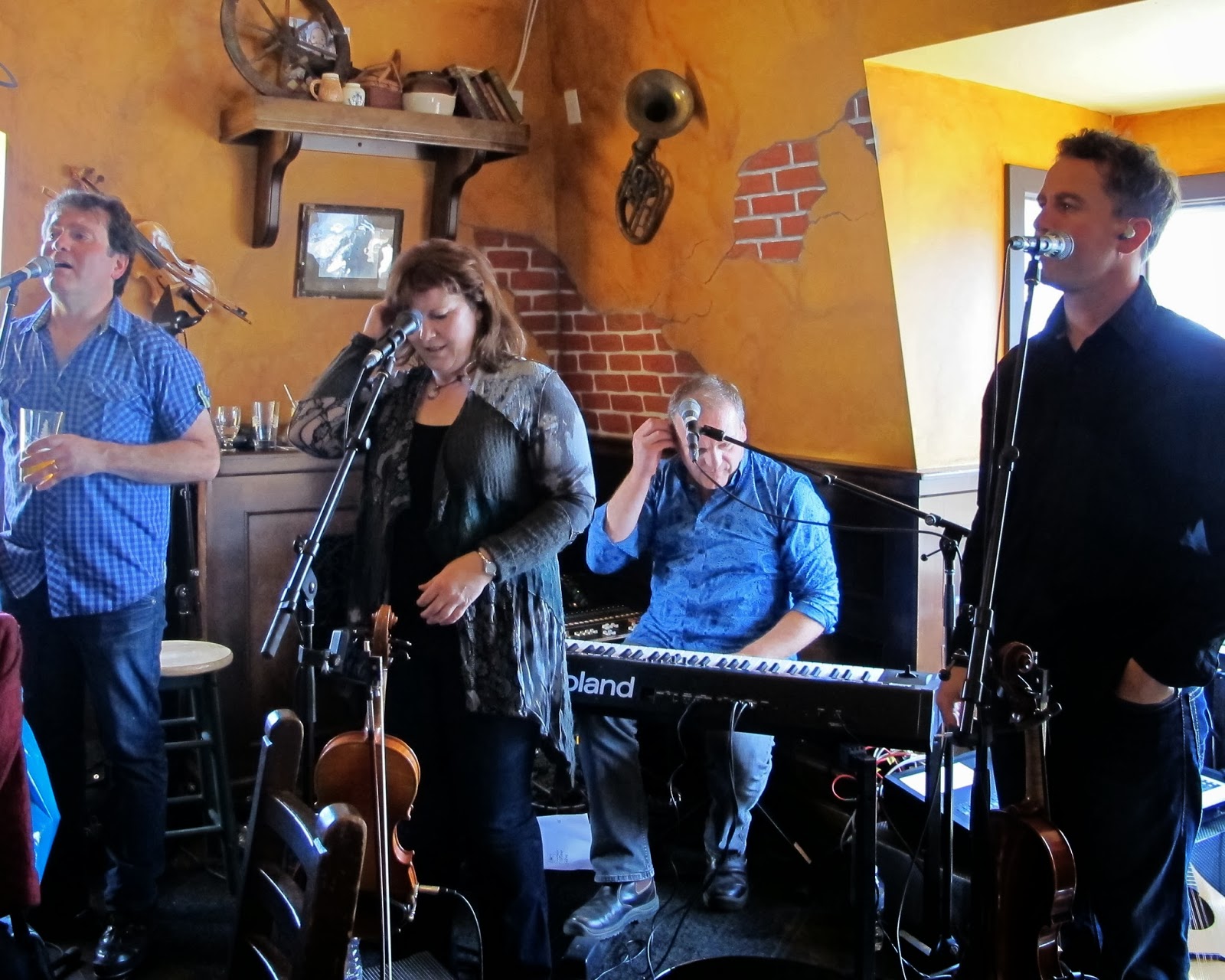 My husband and I adore Celtic music, and was this group fabulous! (We bought two of their CDs.) Before I go any further, let me give you their official website where you can learn more about them, and here's a YouTube that lets you hear one of their performances. (Listen to it all the way through, and you'll get a taste of the kind of music we heard.) Then enjoy the pictures below that my husband took as they played at the lunch. (I don't even remember what I ate that day, I was so into the music!)