Book Review: Only the Lonely

I have meant to blog regularly about our current trip to Galicia, but two prior commitments are putting that on the back burner: 1) An agent is interested in my MG mystery if I rewrite certain portions of it, so I have been diligently doing just that each day. 2) I have two book reviews I'd promised, and so I am taking care of those, one by one. (Rest assured, I'm also writing copious journal notes, and my husband has been taking numerous pictures, so on return to California, I'll do several posts about Galicia and some new discoveries on this trip.)


And now to the review of Richard Hughes' intriguing novel, Only the Lonely. 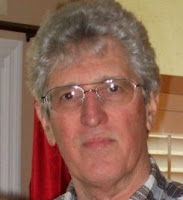 It isn’t often one encounters a family saga written by a man and from a man’s point of view. Much as I love to read traditional family sagas, this was a refreshing book for that very reason.

The book takes the protagonist, Winston Hamilton from 1917 to 1945, and thus, through two world wars, fought by two different generations.

In 1917, Winston delivers coal to homes in a horse-drawn wagon, lives with his parents, and enjoys a good mug of beer with his friends at Louis’s Irish Pub. Then he accepts an invitation to Abby Cherniky’s house for a lesson in cursive handwriting. To the contemporary era this may seem a rather tame encounter. But Winston’s been delivering coal to her family for some time, and he and Abby have noticing each other. The handwriting lessons are a ploy on both sides for Winston to start courting in an era when a young man had to have a reason to come to a young woman’s house while the family checked him over.
But Mrs. Cherniky disapproves of alcohol, and when Winston realizes he’s deeply in love with Abby and wants to marry her, he gives up alcohol and the pub life. The author layers the difficulty for Winston very nicely, laying the seeds for his later problem, which mushrooms after their marriage and Abby’s death in childbirth.
Devastated, Winston returns to drinking and gives his daughter to his in-laws to raise, since he can’t bear the reminder of Abby and doesn’t think he can be a good father. He also enlists in the “Great War” going on in Europe at that time, and his self-destructive urge leads him to fight valiantly, if recklessly, ironically making him  hero. On return to civilian live, he drinks to forget everything he saw in the war. He also starts his own business, but the alcohol has taken hold, and it deeply impacts his second marriage and his second family.
I wouldn’t want this to suggest that the book becomes a tract against drinking. The strength of this aspect of the story is the way in which the author gives a sympathetic understanding of the tragic turns of Winston’s life, events that are often beyond his control and only made worse by his dependence on alcohol. The book is about much more than his drinking. Winston was a lonely man to begin with, and alcohol helps him to preserve loneliness despite work and family life. He is truly one of “the lonely” of the title until a later turn in the road gives him a glimpse of a possible change before it’s too late.
Particularly strong were the war scenes and their details that brought war to a reader in all its impact. But one of the author’s main strengths is the ability to render scenes in general with simple brushstrokes. Some samples:

“The trees looked dead, but Winston knew it was just a ruse to trick the bitter winter out of its biting sting. The trees had merely withdrawn into themselves as if meditating on their dreams.”
“The trees had changed to different shades of yellow and red. The sun was just above the tree line, backlighting the large white clouds with glowing borders.”
“He went back downstairs, decided to look in the basement, and walked down the rough-hewn stairs. The cold musty cellar was dimly lit from light coming through small windows near the tops of the stone foundation walls.”
Following a storm that devastated neighborhoods:
“Mrs. Logan knelt in the middle of her wooden living room floor— practically all that was left of her house, that and the broken brick fireplace, the top half of the chimney strewn across her yard. Old and frail, with tousled gray hair, she clutched a picture frame to her chest and cried mournfully.”
Told mainly in third person singular point of view, with Winston being the point of view character, the story at times enters other points of view. But the story is firmly Winston’s.
One small nitpick is a I noticed in paragraphing: Sometimes paragraphs are indented, and sometimes not. Sometimes there are line breaks between paragraphs and sometimes not. I have noticed this in other e-books, so it seems to be a common formatting problem. After the first few pages, it didn’t particularly bump me, although I do think it’s something that could be addressed in future books.

Only the Lonely can be purchased at Barnes and Noble and various locations listed on Goodreads, as well as his story collection, Battles and Other Stories.

He also can be contacted at his blog, Living and Writing by Richard P. Hughes or at R. Patick Hughes's Blog on Goodreads, as well as Facebook


Posted by Elizabeth Varadan, Author at 9:20 AM

Thank you Elizabeth for a wonderful review. You make me feel like a real writer.

Very intriguing review of this memoir. Thanks for posting it.

Richard! You ARE a real writer!

Rosi, actually, it's fiction, it's not a memoir. But it often read like one, which made it feel emotionally true so many times.

If a story feels like a memoir it is very well written and emotionally engaging. I look forward to reading Richard's books. They are on my "to read list" and I've got them in my kindle. Thanks again.

I forgot to mention it. Congratulations Elizabeth for getting your agent's interest! That's a feat. Enjoy the rewrite!

Julia, I agree. I like books that enlist my feelings, and this one did. Thanks for the congratulations, too, regarding the agent interest. Very exciting for me, and it does make this rewrite particularly fun to do.

"An agent is interested in my MG mystery if I rewrite certain portions of it..."

Congrats, Elizabeth! I hope this works out for you!

Congrats, Elizabeth on the agent interest. Hope it works out for you.

Richard's novel sounds great. The title of the book itself is very intriguing.

Thanks for the congratulations, Linda and Rachna. I'm almost finished with this draft, and I have to say, thanks to the agent's suggestions, it's a stronger book. Cross fingers.

Only the Lonely sounds like an intense read. Haven't read it yet, but it's good to know a bit more about the story going in.