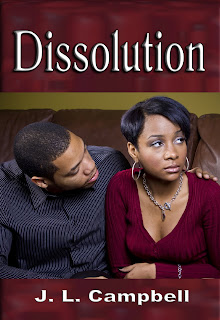 Normally I review chidren's or YA books on this blog, but during my recuperation period I've been catching up with some adult reading. What a treat, really. I love kid lit, but occasionally I miss, you know, fat paragraphs, long sentences, bigger vocabulary. So I'll be reporting on those good reads for awhile, some as reviews, and some simply as musings on what I've read.

Sherryn and Reece (short for Maurice) have a nice home, a passionate relationship, and five children that brighten their lives. Reece owns his own business. Sherryn has her own home business baking and decorating cakes. Life is good. Then one day the doorbell rings, and Sherryn opens the door to find a scantily clad, bejeweled woman who thrusts a young boy into the room -- a boy who looks exactly like Sherryn's husband and is even named Maurice. Thus begins a painful journey for both Sherryn and Reece as they struggle with the unintended consequences of a festering and prolonged quarrel that led to Reese's sole one-night stand five years earlier.

Both Sherryn and Reese are likeable characters with a mixture of sterling virtues and all too human flaws.  Reece grew up in a ghetto, abandoned by parents, semi-raised by another tenant, and determined to make something better of his own life.  He's a good father, a devoted husband, a proud businessman.  But he can't break ties to friends in his old neighborhood, especially Ronald, who seems always in trouble.  And his early life has made him controlling, wanting to keep his wife dependent.  Sherryn has a big heart, loves her husband and family and friends.  But, when angry, she shuts down and won't communicate, resorting to the cold, silent treatment.  And she's very independent.

Gloria, the one-night stand, has been blackmailing Reece for years.  She has two other children by another blackmail victim, vindictively delivering the children to their fathers when they don't agree to her higher priced silence.  Ronald proves a complicated friend: He's the one friend Reece can talk to, but solves many of his own problems by violence and gives very poor advice.

All of the characters are beleveably portrayed, including the children.  I feel I would recognize any one of them were I to meet them in person.

As for plot, the author keeps things moving:  Stunned by her husband's infidelity, Sherryn is nonetheless filled with compassion for the little boy, Maurice Jr., who has obviously been neglected and mistreated. She can't help nurturing him, while still torturing herself about what kind of relationship exactly her husband had with Gloria.  Their children accept the situation, but even as Maurice is welcomed into the family, Sherryn cannot forgive her husband.  All of this is just for starters!  Then, when things seem to be getting better, they get worse.  Just when you think they can't get any worse -- they do.  Lots worse!  Before the books end someone is murdered.  Who is the victim?  And who did it?

You'll have to read the story.
Posted by Elizabeth Varadan, Author at 11:04 AM

It's wonderful to know that you read the book and got everything I was trying to convey about the characters and why they are the way they turned out. Sherryn and Reece became my children while I bled, cried and sweated over them. Thanks for posting this review!

Elizabeth, you've made me want to read the book all over again! Thank you very much for this excellent review. Now I'm hoping to read an interview with J.L. Campbell. :)

Joy, your characters and their back stories were clearly drawn. I know what you mean about MCs becoming your children?

Michelle, glad you liked the review.

Joy's book sounds great. Would love to read, especially as I know her so well. Thanks for the review.

Rachna, the good news for you is that it's an ebook. You can download it. Good luck.

Thanks for the synopsis!

I hope that your foot is feeling much better and allowing you to do the activities that you love again.

And thanks so much for stopping by my blog and commenting! It's always great to see you! :)