A New Mystery by Lewis Buzbee

Take an unexplained disappearance. Bring in a ghost who points the way. Add Charles Dickens, who knows London’s troubled neighborhoods only too well. Stir in a plucky, thirteen-year-old girl who will let nothing stop her from tailing a dangerous kidnapping gang, and you have the grand, new middle-grade mystery by Lewis Buzbee, The Haunting of Charles Dickens.

Meg Pickel’s older brother, Orion, disappeared six months ago. Her family is still numb with shock. Each night, when everyone is asleep, Meg goes up to the roof-garden to brood. One night, a green glow from the skylight of the Satis House catches her attention and launches Meg on her own personal search for Orion. Part mystery, part ghost story, this intriguing tale leads a reader through twists and turns that parallel the dark streets and hidden alleys of Dickens’s London.

The Great Man, Dickens, is a regular customer at the Pickel family’s printing shop as well as being a close family friend. Orion’s disappearance affects him deeply. He and Meg team up as sleuths, accompanied by the family dog, Mulberry. They find clues on walls and dusty floors. Colorful characters offer them leads. Soon it is clear that Orion has been “press-ganged”, kidnapped into slave labor. Now it is up to Meg and Dickens to save Orion. But not just Orion: A ghost Meg and Dickens met earlier in the Satis House becomes the metaphor for all the ghosts of London’s forgotten children.

This is a fine adventure story with engaging characters, a complex plot, and writing that is rich and vivid. An added pleasure for Dickens lovers is the way Buzbee at times dips into the style of times and addresses the reader directly. And, in the same vein, names of characters give clues to their natures: Micawber; Mr. Hardlywaite; Jenny Wren; Mrs. Podsnap (married now to Mr. Bogle.) Scenes unfold that could be from a Dickens novel. Consider:

“….Out of the dark recess of a far corner, a shadow seemed to be swirling, and swirling, seemed to coalesce into a figure, the figure of a man dressed in the colors of a shadow. He was as thin as a lamp-post, with a long beard as thin as a smaller lamp-post. And he was staring right at Meg. Un-remarked by all, the man moved towards her, as if floating rather than walking. He did not take his eyes off her, nor did his lips stop moving….”

The Haunting of Charles Dickens will be in bookstores in October, 2010 (next month) – a must read for anyone who enjoys a good mystery, enjoys the writings of Charles Dickens, or enjoys any novel set in Victorian London. A triple treat for those who enjoy all three. The atmospheric black and white illustrations by Greg Ruth are a perfect choice for this ethereal tale.

Buzbee is also the author of the award-winning books, Steinbeck's Ghost, and The Yellow-Lighted Bookshop.
Posted by Elizabeth Varadan, Author at 2:18 PM

I love to read your comments and will respond to them. However, any comments left by "Anonymous" will be automatically deleted. 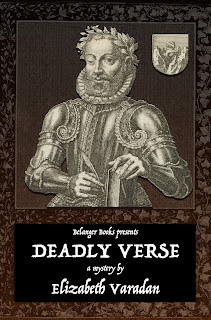 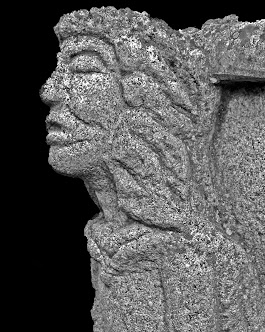